Superheroalert: How to be evil and still save the world (a #becominghero superhero tip) 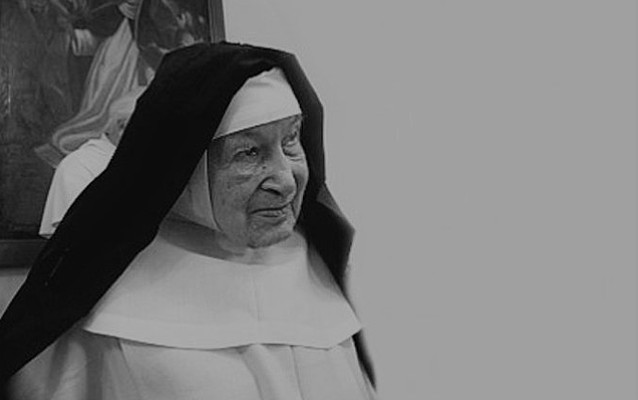 Not one of our barrel-riding nuns, but still pretty damn brave; this dear old lady helped Jews escape Hitler.

Over a dozen nuns dash from shadow to shadow under the stone arches of the cloister.

There, in the moist, cool German night, they crawl into huge wooden barrels, Bilbo Baggins style, to escape the forced nunnery they don’t believe in.

Can you imagine the heart-pounding fear and excitement–in a day when men would punish nuns who ran away–and the stifling smell of whatever food inhabited that barrel before you? The bone-aching bumping on the cobblestone roads; the voices outside the barrel; the hope that when it’s opened, it will be opened by someone you trust?

Martin Luther, of the Reformation, was a hero to those nuns. He smuggled them out of the cloisters against forced celibacy, setting a small precedent for free choice for women throughout both the Catholic Church and the later Protestant movements. It was a start. He was also a cruel anti-Semite, in many of his writings. What am I saying here? Another story, more recent. I was blown away with the good work Uber did for Puerto Rico when I lived in Ponce. Taxi drivers told me it could cost upwards of $10,000 just to start working as a taxista because of the requirement to invest in the taxi car and pay the cooperative. Starting a small business on your own was so difficult for many Puerto Ricans I spoke to due to the huge entry costs and tariffs (while meanwhile corporations like Walmart had lawyers to help them waive the starting fees rake in government subsidies instead). I talked to many small business owners struggling to pay the government fees, and unemployment was high. Suddenly, with Uber, there was an opportunity to work on your own, whether you were waiting for someone to hire you or whether you wanted to start your own business, and because the drivers were covered under Uber’s corporate umbrella they didn’t have to suffer through the start up fees that kept so many poor entrepreneurs poor. But of course, Uber’s brilliant and helpful president, whose company has made the world a better place for many many people, also had that sexual misconduct scandal. What am I saying? There is a tendency for us to look back at history to try to find good guys and bad guys. There’s a new hip trend in historic discipline to destroy the reputation of big icons like Jefferson, Isaac Newton, etc. It’s a great way to publish your graduate thesis. We can become pretty bitter and cynical when we judge big figures of our own time, too. Our ancestors worshipped their ancestors without question; we eat them alive. Which extreme is worse? I’m not making a statement yet. Of course unbiased truth will point out historical crime and injustice, but evil and good both have their own weight. It’s not like it’s our job to assign famous people to heaven or hell; we gain a lot more by accepting and learning from BOTH the good and bad someone did. I would say a Hero turns scrutiny on himself, and extends grace outwards. Bottom line: amazing, good things happen because of bad people. We are all in the middle of a redemption stories, and sometimes even monsters who reject all redemption leave positive change. As a doctor, I cannot even begin to tell you how many people owe their lifesaving healthcare now to discoveries made by Nazis. How horrible and confusing! We would love for bad guys to be only bad, and good guys to be only good, but we’re all just fallen shadows wandering the darkened stars; perhaps a distant light reaches us, or perhaps not, but moths and dust we are, evil with good. The trick in the hero business is to recognize good without ignoring evil, and to look inward FIRST to make sure the evil isn’t starting there.

« Superheroalert: Save the Storks in New York
What a child with special needs understands (that you don’t) – #superheroalert »